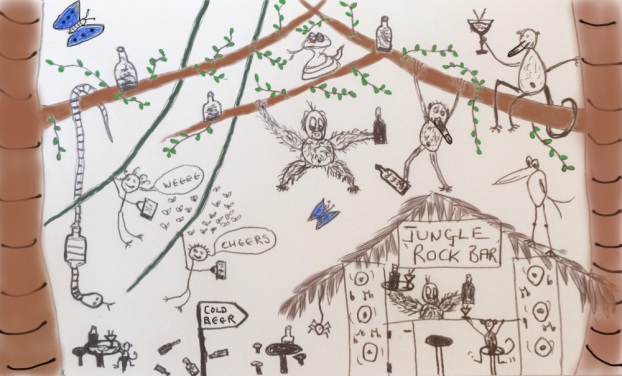 Joining locals for a drink

From one end of Borneo to the other and we land in the capital of Sabah – Kota Kinabalu. The flight takes nearly 1.5 hrs, showing just how big Borneo is.

We stayed in  “Gaya Centre Hotel” – an OK place, in a great location, cheap but just a little noisy and “The Jesselton” – lovely hotel with that old colonial feel and great value for money.

We were in Borneo 12 years ago, Kuching had remained pretty much the same but Kota Kinabalu has changed a lot: Many more hotels and restaurants.  Building is going on everywhere, and it’s mostly shopping malls even though there are already loads of them and they’re nearly always empty. It’s also more expensive here than Sarawak.

Jack fruit and others

For some reason we can’t explain, Kota Kinabalu is not a place we really enjoyed being so, after a few days we decided to fly East to Sandakan and we’re very glad we made that decision. We’re staying at the “Four Points Sheraton“, a brand new hotel with views over the sea and a great price (helped by the falling Malaysian Ringit)

Up until the 2nd World War Sandakan was the capital of North Borneo. It was occupied by the Japanese in 1942 and allied prisoners (Australians and British) captured in Singapore were shipped here to build POW camps and a military airfield.  When the Allies started raiding Sandakan in 1944, the POWs were force marched to Ranau (a distance of 260 Kilometers) – known as the Sandakan Death Marches. Over 2000 prisoners died. Only 6 who had managed to escape, survived.

We visited the memorial park which was built on the former grounds of the POW camp.  It’s a beautiful park and it’s hard to imagine what went on here but  a small, very informative museum  brings it all home.

Sandakan was completely destroyed during the War so in 1946 it was decided to make Kota Kinabalu the capital of North Borneo. The former military airstrip is now part of Sandakan’s airport.

Nowadays Sandakan has a very provincial feel to it.  It’s a major port for, amongst other things, coffee and oil and also has a large fishing industry (which we’re taking advantage of 🙂 )

One of the main reasons for coming here is the nature and the animals.

A trip down Sukau River: 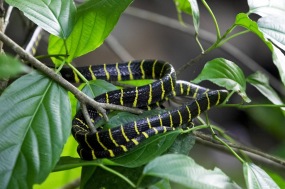 A trip to Sepilok – orangutan sanctuary: 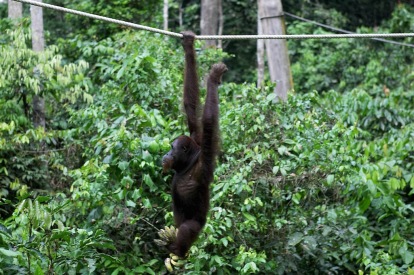 Orangutan nest – they build a new one every night 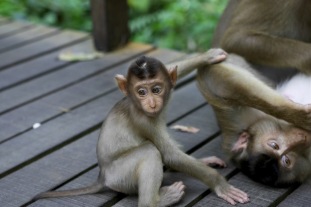 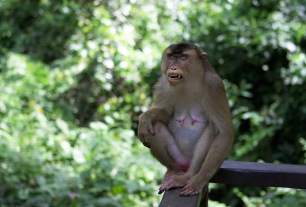 and a trip to the Proboscis monkey sanctuary:

We leave Sandakan to return to Kota Kinabalu and then on to Bali, Indonesia. There is one thing that I won’t miss, and that’s cleaning dirty footprints off toilet seats. Though you have to admire the sense of balance and dexterity required to wizz in this position 🙂