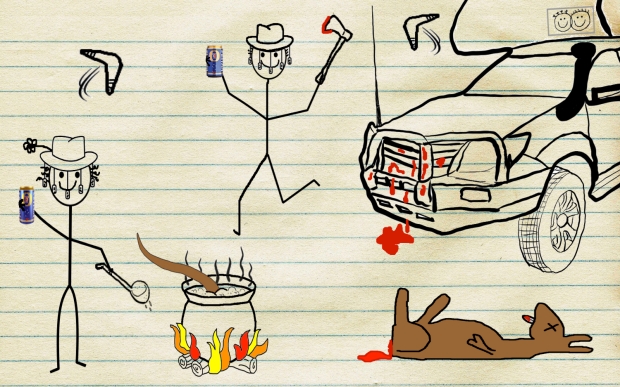 We left Redcliffe, Brisbane with no real plan. What we hadn’t realised was that the day we chose to set off coincided with the start of a long weekend, consequently the roads were packed with families heading out to the coast.

In order to leave the traffic behind and follow the good weather we headed West and Inland.

Our route so far

Spring is in the air – the days are warm and sunny bringing on a bad case of hey fever 😬,  but the compensation is the beautiful blossoming vegetation.  The evening temperatures still drop pretty drastically at night though and for the first time in 17 months we’ve had to dress up warm. 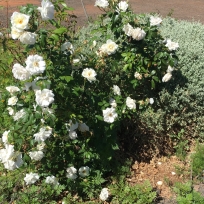 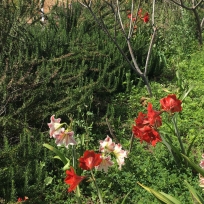 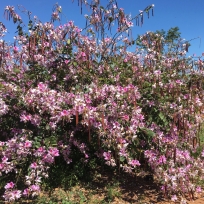 Our first campsite was in Jandowae and we spent the next couple of days and nights getting to know Broomy-2 and exploring the town (which didn’t take too long). 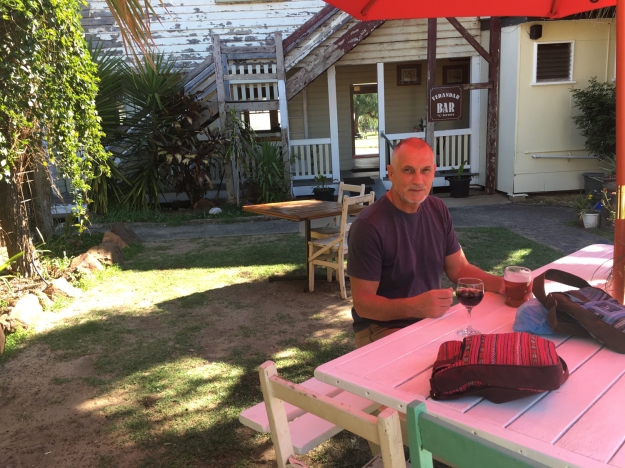 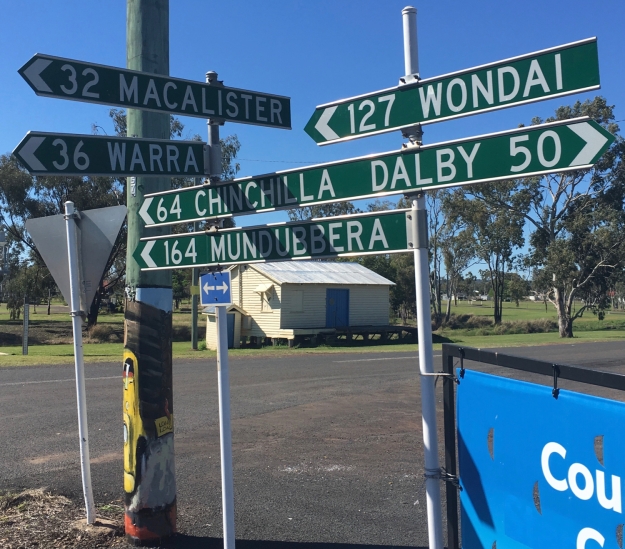 Feeling a lot more confident we ventured further West into the Outback and ended up on a cattle farm just outside Roma.  The owners were very welcoming and that evening we were introduced to our first camp fire by Debby and Les who treated us to a banana and chocolate jaffle (for the uninitiated – an Australian toasted sandwich 😀) marvellous!  We immediately went out and bought the tool necessary to make them ourselves: 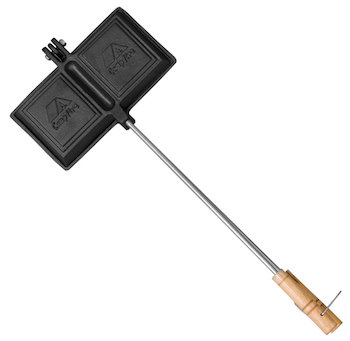 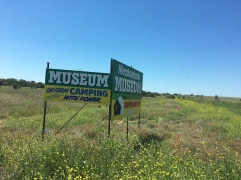 Camping on a farm 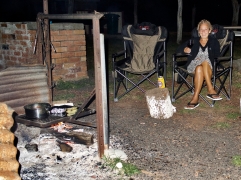 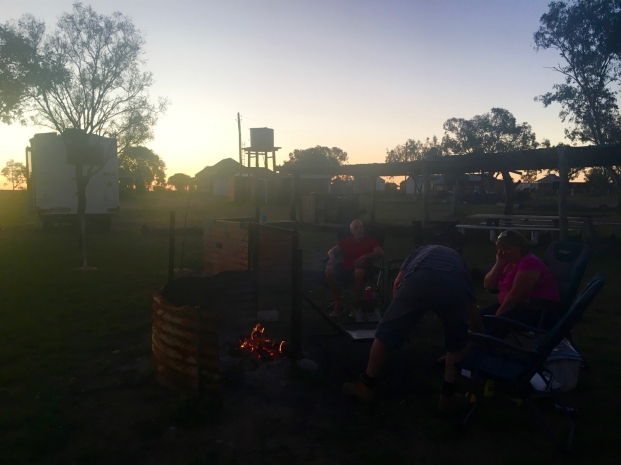 We’d read and heard all about them and the further West we got, the more road trains we saw- They are pretty awesome and intimidating! 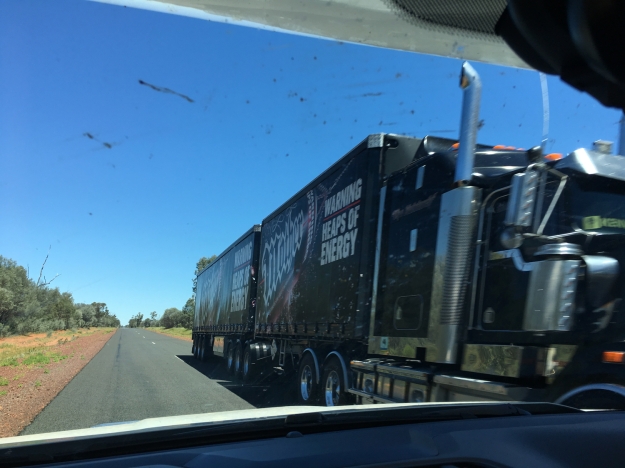 Next stop was just outside Mitchell in our first “free” camp (Neil Turner Weir). Having no electricity, we were dependant on our solar cells for power and they didn’t let us down – the beers in the fridge remained cold, the lights stayed on and the water was hot!

Up until now the only kangaroos we’d seen were lying on the side of the road squished, so there was great excitement when we finally saw our first live ones – Now for a kuala bear! 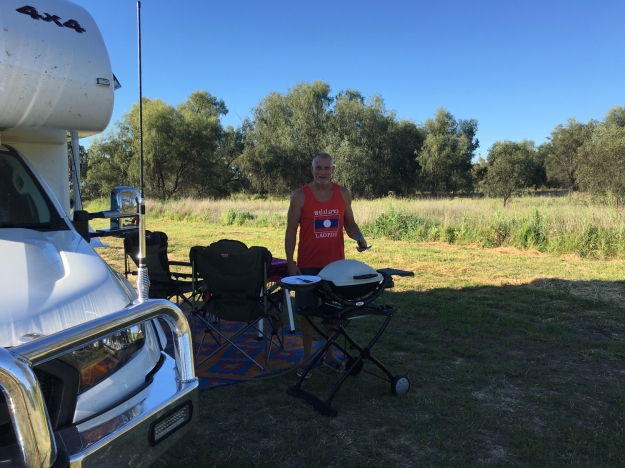 The Chef at work 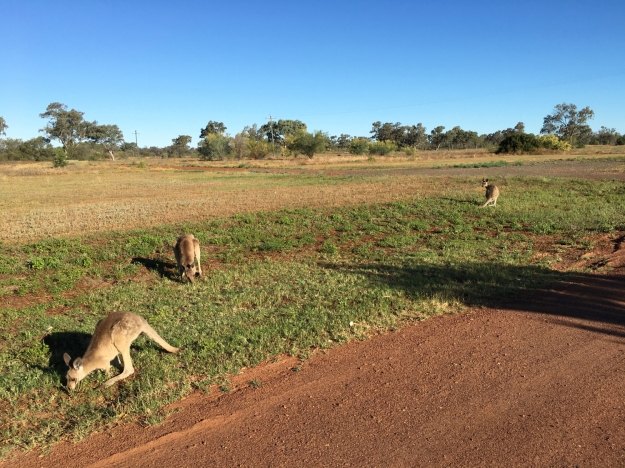 Eventually a shower was called for though so we set off further inland for Charleville. Finding a great campsite with fantastic facilities  (Bailey Bar Caravan Park), we were soon smelling sweet and were once again fit for company.

Charleville may have passed its heyday, the wide roads are just about devoid of cars, businesses have closed down and it seems like every second house is for sale.  Still, it has a wonderful old hotel with a lot of history, a good butcher, a couple of useful shops and is generally a nice place to spend a few days. 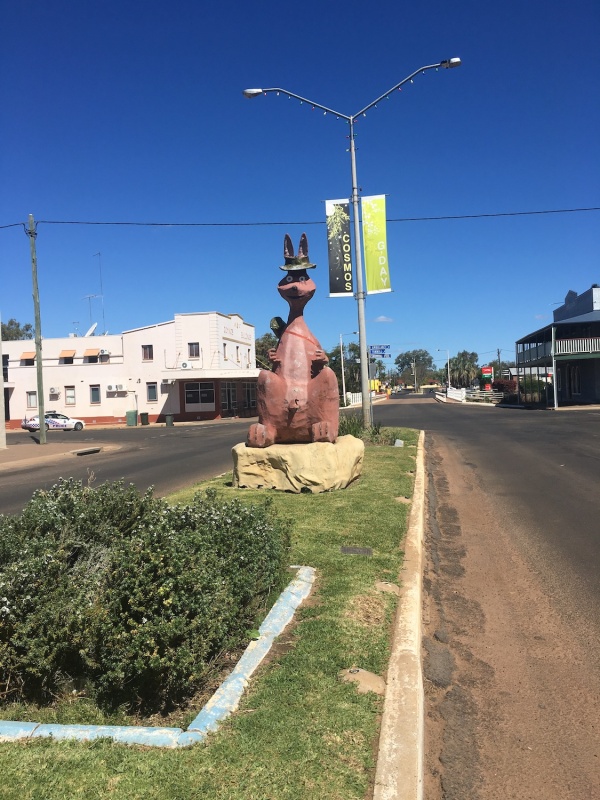 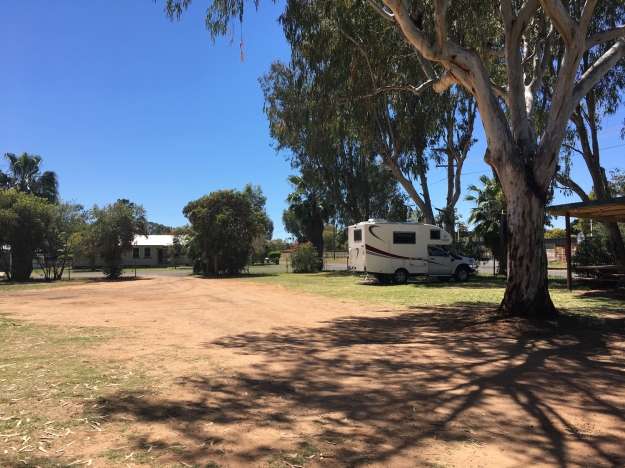 Last stop in Queensland before we cross over into New South Wales was in Cunnamulla. Not a lot going on here but a beautiful campsite amongst roses and herb gardens ( you’re allowed to help yourself to the herbs). What’s missing from the photo below are the swarms of flies just waiting for you to step outside.  They do disappear at dusk though in order to make way for the mosquitoes 😂😬.  Such a shame.  We’ll be moving on pretty quickly! 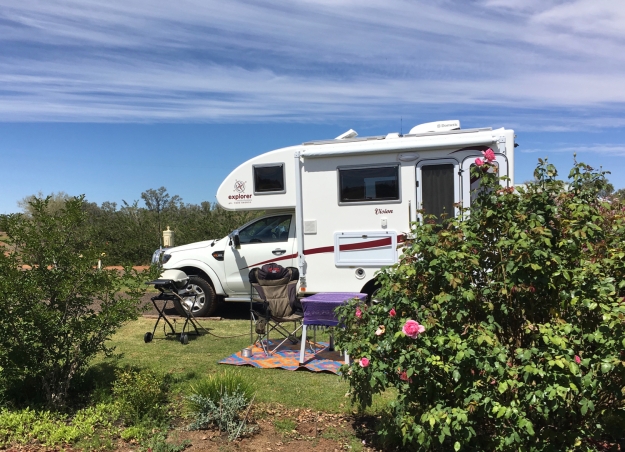 So, after nearly three weeks on the road here are some of the things we’ve learned about Australia: 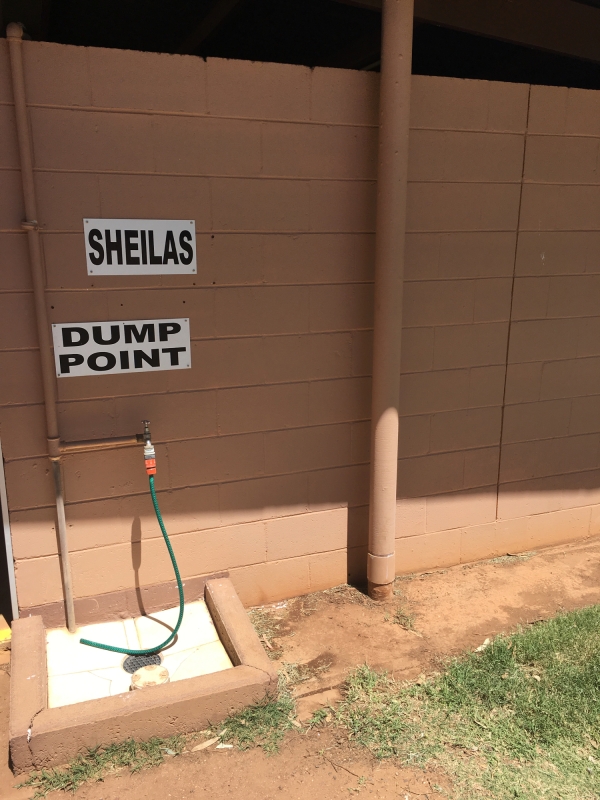