We’ve been back in Australia for just over 3 weeks now and are really enjoying the laid back life style of Darwin.

Our first big task was to find a new set of wheels to take us around the country. It didn’t take too long before Dave fell in love and before we knew it, we were the proud owners of a Toyota Landcruiser V8. Anywhere else this car would be considered huge, but here in Darwin 90% of vehicles are landcruisers or very similar so we fit right in. We were even successful in getting Dave an Australian driver’s license – Much easier than expected and no need to give up his Malaysian license.

Traffic in Darwin is practically non existent and drivers are patient and considerate (after so long in Asia it’s always amazing to us when cars actually stop at zebra crossings).

Another big difference – People still enjoy talking to each other! In Asia it seems that the only conversation that takes place is on phones – It’s not unusual to see families or groups of friends having dinner together but spending the whole time on their mobiles, only stopping in order to take photos of the food when it arrives – No doubt to inform the world of what a great time they’re having.

The temperatures here are wonderful. Mid to late 20s – Such a relief after the intense heat in Vietnam. Everything is very dry though and the last couple of days it’s been snowing ash from bushfires:

Our first visit to a bottle shop was a surprise. Dave was asked for ID which had to include his date of birth. He was convinced that it was due to his youthful appearance but it turned out that the Northern Territories have a “Banned drinker register (BDR)” which has to be checked when anyone purchases alcohol. There is a big drinking problem here.

Talking of drinking, we’re spending our last few days here equipping the car and buying cold weather gear. Flip-flops (thongs :-)) won’t cut it in the Outback. As we have so much space in the car, Dave decided to spoil me. My favourite drink in the world is a dirty vodka martini. Just about impossible to get a good one in Asia and too expensive here. So we went out and bought all the necessary tools:

and after a lot of this:

we ended up with this

Dave has now mastered the art of the perfect mix, meaning I can have the best martini whenever I want!

Tomorrow our journey begins – We’re heading off to Alice Springs and then on to Ayers Rock (Uluru). A distance of 1964 Kms. We’re not sure how long this will take because there’s a lot to see along the way. Next post will hopefully have pictures of us in front of Uluru. 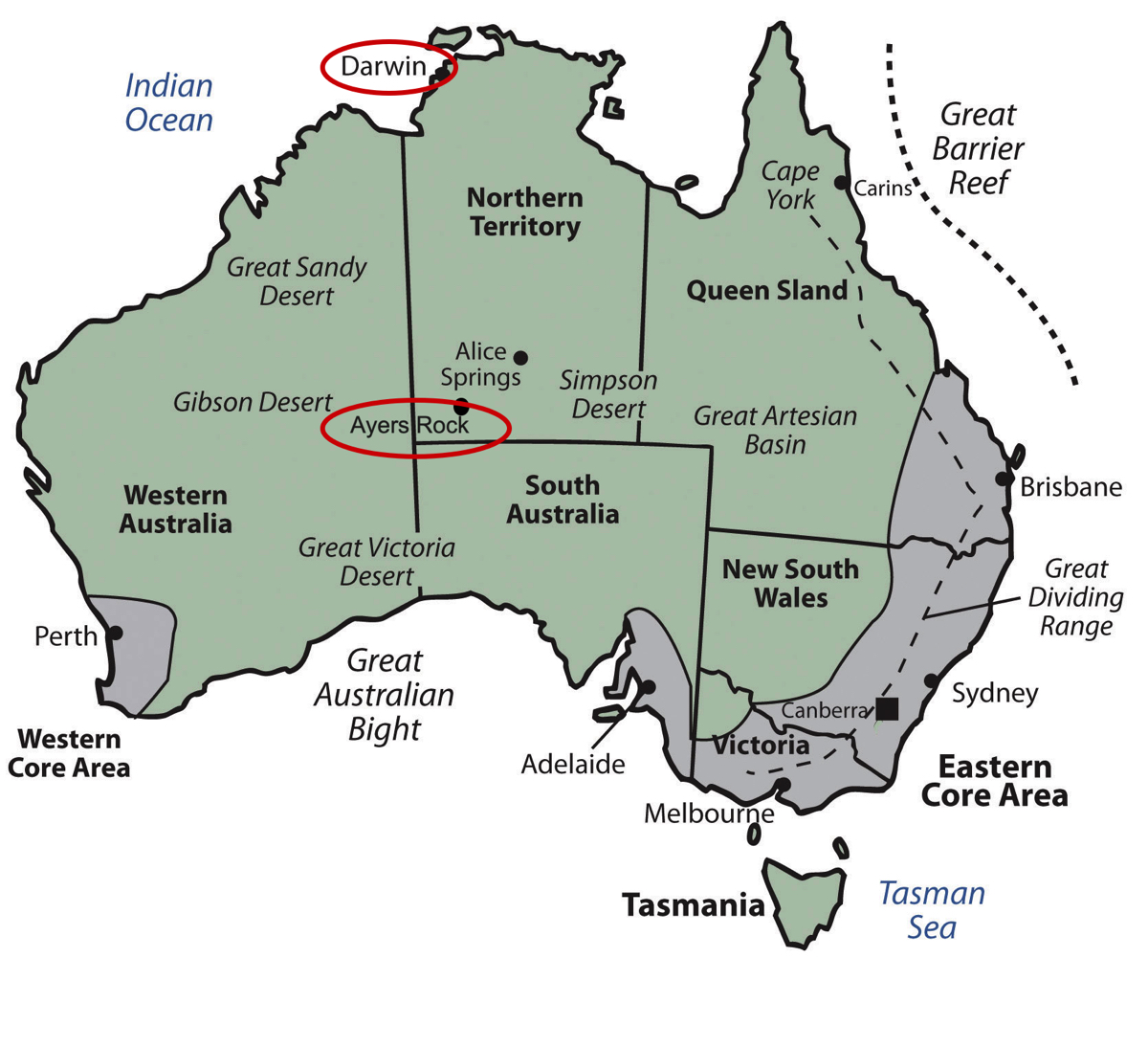 13 thoughts on “Down Under in Darwin”